Massing with the elderly is never a smart idea since they have had enough time to learn all there is to know about life and how things operate.

Unsurprisingly, three young people who wished to play crooks discovered this firsthand. We are confident that they won’t even attempt to approach senior citizens in the foreseeable future. Others may learn a valuable lesson from this tale before they attempt to create anything as ridiculous as these guys did.

Winifred Peel, a 77-year-old grandmother, had a typical day. She made the decision to stop at the closest ATM while she was out for a stroll. She then met Felix Stoica, Florin Geblescu, and Piper Dumitru. When they learned they had meddled with the wrong individual, their “perfect strategy” went awry.

The woman attempted to withdraw some cash when she suddenly felt a presence behind her. She instantly understood that the person standing in line was actually a robber who was after her money. While Peel’s companion attempted to collect £200, the individual pulled Peel off balance.

She knew they planned this action as she recalled seeing them the day before. They were following her from the moment she got out of the bank.

This quick-thinking lady knew she mustn’t let those youngsters make her a victim, so she grabbed one of them by the collar and banged his head on the ATM using all her strength. She then alerted the police about the incident. 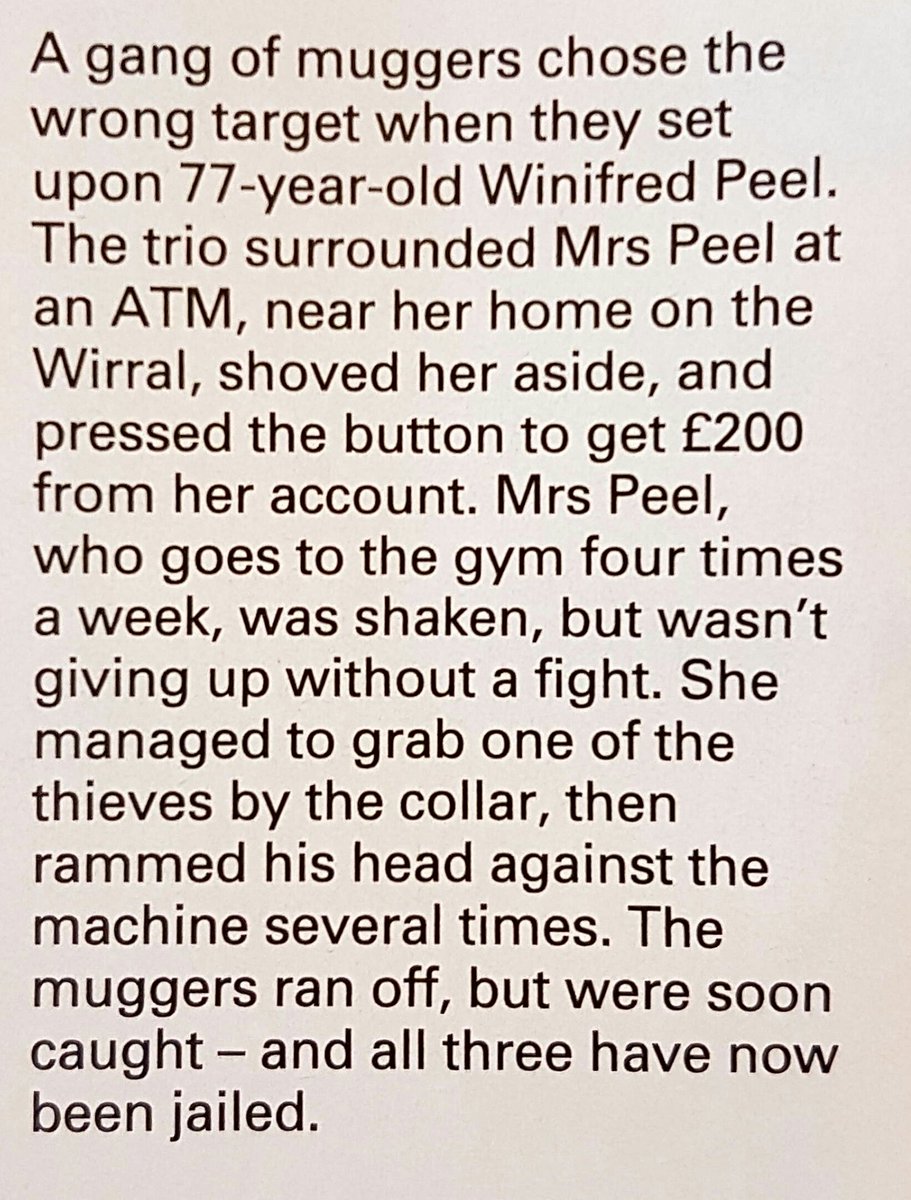 The officers who came to the scene were able to track the three men down. They were charged and are now where they deserve to be; behind bars. Peel was relieved to learn the attackers were jailed, and says that although she hoped they would serve some jail time, she initially believed they would just be told off.

This incident affected Peel in a way she never though it could affect her. She told Metro, “They did not care about how this would affect me. I would definitely say this has changed my life, I will never have the confidence I once did. I only hope my confidence returns.”

We are lucky this fierce lady wasn’t injured, although she now fears that someone could attack her again. However, thanks to her courage, as well as the fact that she was a regular gym visitor in her 70s, she could get out of that situation as a winner.

Thugs believe the elderly are an easy target, but luckily there are more people like Winifred, who fight back when they find themselves in trouble. Just take a look at the video below. It shows a pensioner who pushes back against the robber who attacks him at the ATM and throws in a bunch of punches.

Next time you think elderly people are an easy target, think again.